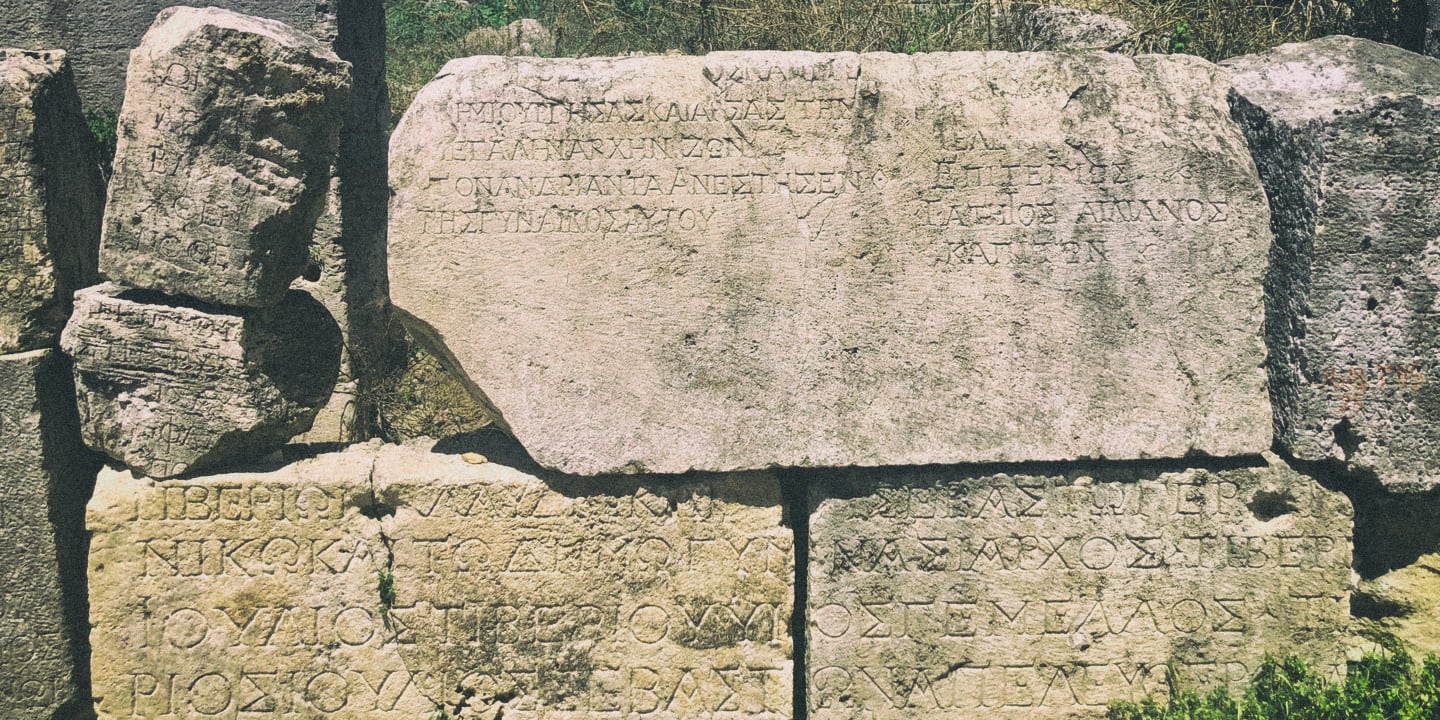 History on the rocks

All kinds of them are live here already, spread over a wide geography. The inscriptions. History on the rocks (pun intended).

Physically; on the stones, on the rocks, on the marbles, on a statue or on its base, on the graves, on the monuments, on the grave monuments; on monuments that are thought to be graves or on graves that are thought to be monuments; on recently discovered or anciently robbed stone tombs; on the stones uprooted and moved to another continent centuries ago or on the rocktombs unfeasible to remove; on the headstones or on the sculpted sarcophagi of monolithic rocks; on the acropolis of an ancient city or in the middle of nowhere. You name it.

“In antiquity, much of what is now written on paper was chiselled on stelai, bases, walls, etc., of stone. Epigraphical documents, therefore, cover a wide range of themes.” 1

In short, inscriptions are everywhere in “Asia Minor”. This was the preferred name in archeology, as it was known before the discovery of the word “Anatolia”. Say, today’s Turkey.

We owe a lot to the inscriptions. Literally. This is how we recognize that languages such as Carian, Lycian, Lydian, Phrygian, Sidetic once existed. They have survived because they were carved into rocks and stones; probably not because we can read and digest them.

“The place of inscriptions in the general setting of Greek artistic development seems, hitherto, to have interested neither the epigraphist nor the art historian. Yet inscribed stelae may be regarded not only in the light of the subject-matter provided by the inscription but as part of the architecture or sculpture of the time; for each inscription is as it were a minor architectural product, and the art of lettering, although a province to itself, is akin to that of sculpture in general and of relief sculpture and decorative architectural ornament in particular.” 3

They are invaluable resources for archaeological, epigraphic, palaeographic, and other linguistics studies. And, also for type design. Type design, in a sense, maybe partially about drawing letters, but it was all about sculpting letters once. So, we think it’s possible to consider inscriptions as a learning device too — just like font specimens. The most oldest ones.